Over the last few years, I’ve been using a service called Mandrill on my own web sites and those that I create for my web development clients. Mandrill is a transactional email service run by MailChimp. It’s purpose it to act as the sender for emails that emanate from your web site or web app.

If you run a web site and send emails out directly from your server, there is a chance that your customers or possibly a hacker will send out too many emails or perhaps emails of a spammy nature. If this happens then your server could get blacklisted as a sender of emails and services like Gmail et al. start to distrust emails that come from your server, putting them straight into the spam folder.

This is not a thing that you want. Especially in a shared hosting environment, where one bad actor can disrupt all of the web sites that use the same IP address.

So you use Mandrill. They will send those emails for you and take on the burden of keeping their servers clean and healthy. It’s a good business idea and one that web sites really ought to use as standard for all their emails. The problem is that companies like Mandrill, in a effort to attract customers like me, have offered really generous free tiers. In the case of Mandrill, they would allow you to send out 12,000 emails per month, gratis. For most small to medium web sites, this is more than enough.

This free tier has been a boon for getting people like me to use Mandrill, but it never had the effect of then moving me over to their paid services. I guess that some people exceeded 12,000 emails per month, but I never did!

Yesterday, I received an email from Mandrill stating that as of 27th April, 2016 they would no longer support the free product and would be rolling the service into MailChimp as a paid add-on. Fair play to them, they need to make this business work and if everyone is using their network, but not paying for it, then there is no profit and they’d have to shutter the whole thing.

Luckily, Mandrill are not the only company offering this free tier! Another company doing exactly the same deal is SendGrid. They will give you 12,000 emails for free each month, and their service appears to be as good as anything that Mandrill ever offered, with the possible exception that you cannot (as far as I can tell) template emails via SMTP, only through their API.

So, in a flurry of activity, I moved all of my clients over to SendGrid and I have to say that it was pretty easy. I’ve included the steps below that you really need to take. Let me know if you run into any problems setting up your domains to run on SendGrid. 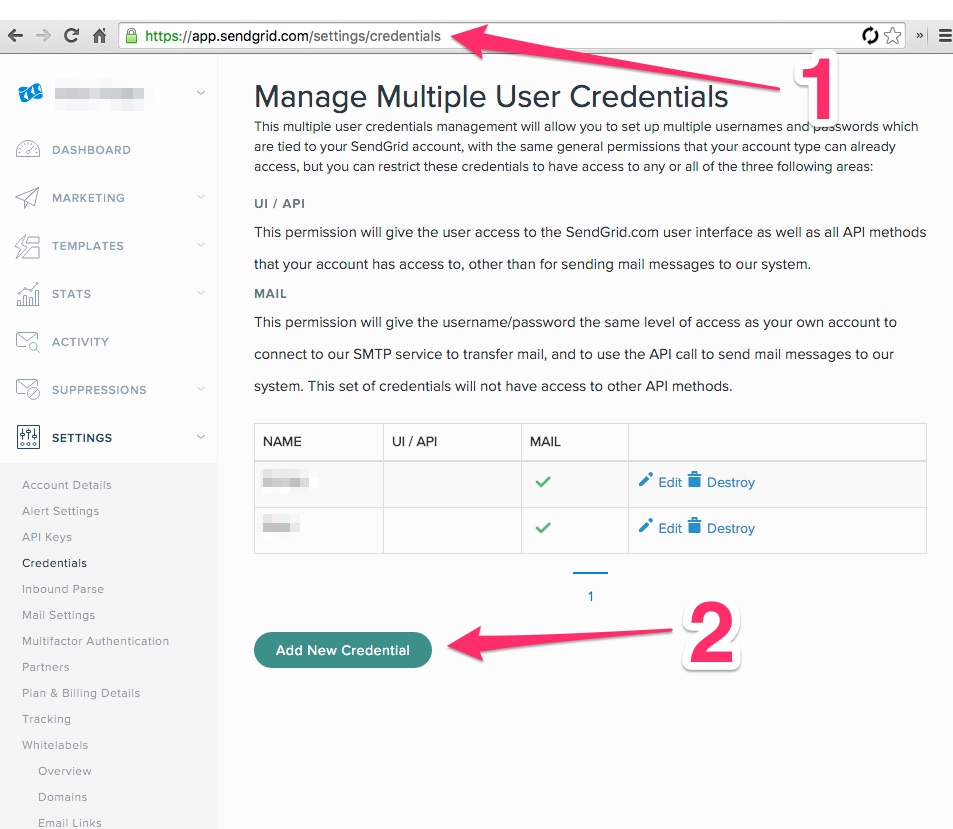 these steps (3 and 4) are optional, but get rid of the sendgrid.net as the sender of your emails, and they are signed by your domain instead – which looks MUCH better! 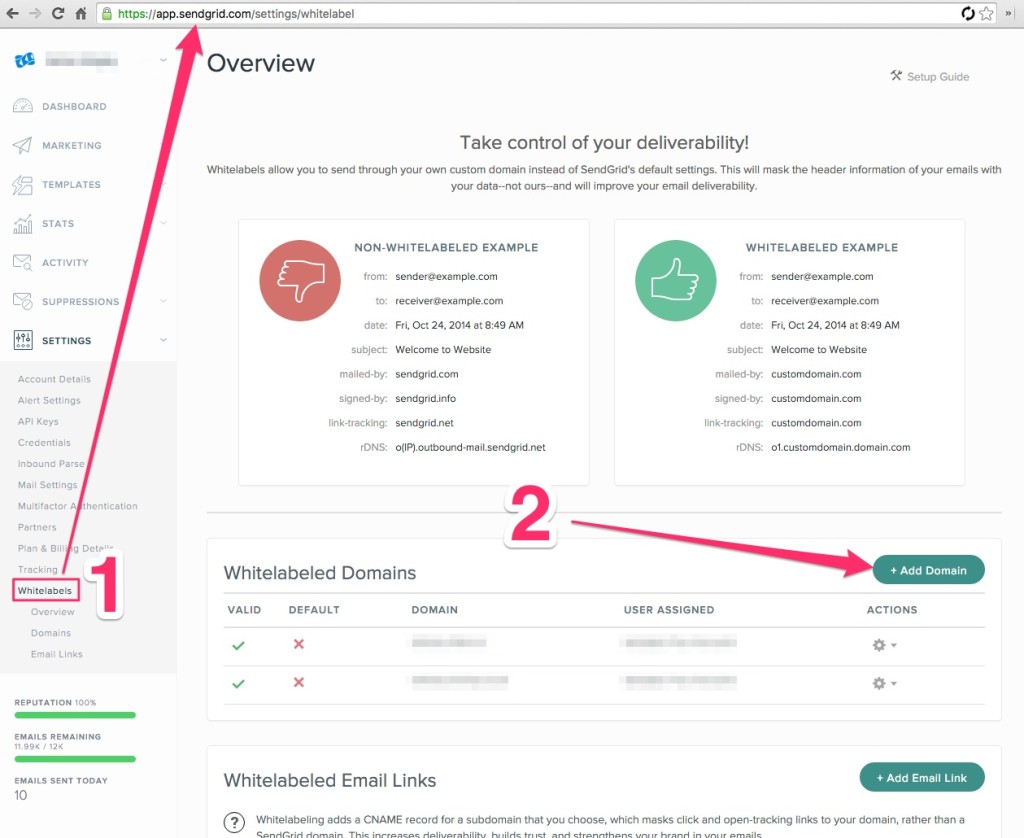 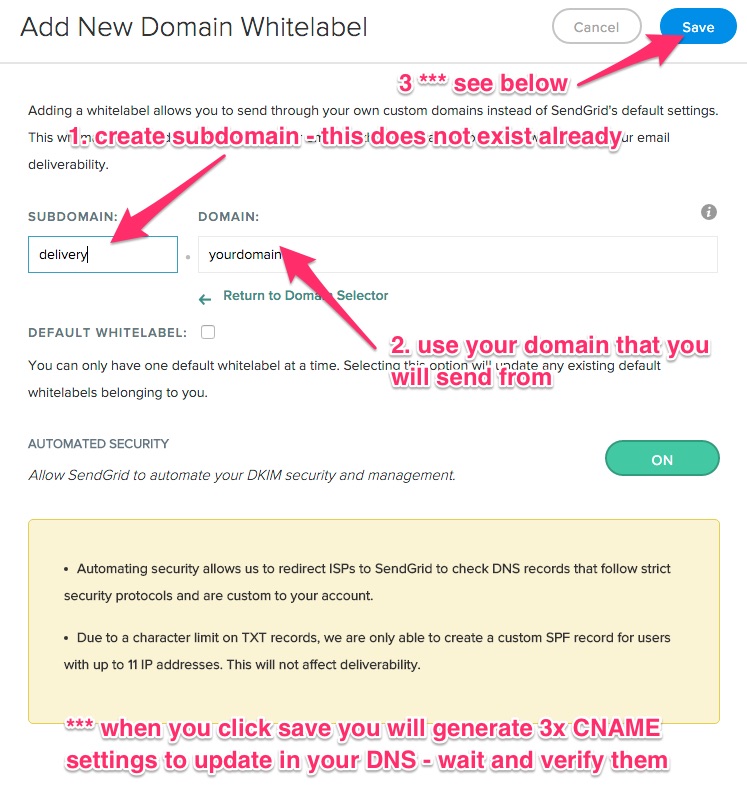 It’s best if you don’t have a subdomain with this name already. So use a new name here, but your only interaction with this subdomain will be setting up the x3 CNAME records in the DNS.